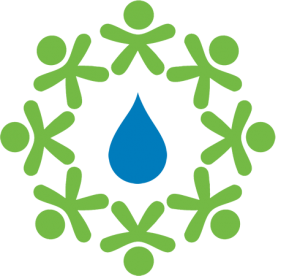 Ryan’s Well works in partnership with local non-governmental and community based organizations to implement water, sanitation and hygiene education projects.

These organizations are comprised of dedicated individuals with technical expertise, community leadership skills and the most invaluable characteristic – insight to local conditions and culture. For water and sanitation projects to be sustainable, they must be driven by the communities they are aiming to support in order to encourage ownership and proper ongoing management. With field crews, drillers, community health nurses and training facilitators, our local partners carry out incredible work in harsh conditions with many challenges to face – rainy seasons, impassable roads, transporting materials on foot and managing more community requests for water and sanitation than the limited funding can possibly provide. Perseverance is the one word that sums up our partners.

Each and every organization we work with is researched and reviewed at several levels to ensure the accountability of their operations and technical expertise to deliver sustainable water and sanitation access. While these organizations look to us for guidance, financial support and monitoring, our project team based in Canada learns so much from our partners. By working together, we learn  about what interventions, such as rainwater harvesting, drilled wells, protected springs, pit latrines, and methods for community training will work best for the communities in their region.

Our goal is to continue to work with our long term, established partner organizations to deepen their capacity to deliver sustainable water, sanitation and hygiene education projects that empower communities to grow and prosper.  Over time, projects can then be increased in scale to provide water and sanitation access to an even greater number of people in specific focus areas.

With a little help from Ryan’s Well and people like you, the local skills and insight of our partners are poised for success.

Together we can make it happen for people across the globe impacted by the global water and sanitation crisis.

We used to walk long distances to fetch water. Before we met Ryan’s Well we used to get dirty water and boil it. Dirty water from ponds. And we would suffer, boiling water with firewood which we used as fuel in our villages. But when we came to know of Ryan’s Well, immediately our lives changed. We’ve been in partnership with Ryan’s Well since 2002, and I cannot tell of the wonders, life has changed greatly. Especially for women and children. It is the women and children who will walk long distances, and the women again who fetch fire wood from bushes. And I must say, on behalf of the whole organization, and western Uganda at large, bravo Ryan’s Well Foundation! Thank you!” Hellen, Chairperson for RWIDF Uganda

Divine Waters Uganda has been a Ryan’s Well partner since 2003, but before that, their Executive Director, Deleo, was actually a part of the original CPAR team that drilled Ryan’s very first well in 1998! Divine Waters Uganda is a charitable service organization that builds water projects, provides pump repair training, sanitation and hygiene education, and educational support, and that empowers rural communities of Northern Uganda. The DWU team is very experienced in all components involved in organizing and training a self-sustainable community. From the beginning of every project, Ugandan communities are involved in all aspects of planning, site selection, drilling, and implementation, in order to facilitate ownership of the water project. Divine also works closely with local government district water officers and sub-county officials in both site identification and WASH (Water, Sanitation, and Hygiene) training to ensure that the most vulnerable communities in Northern Uganda have access to safe water.

Founded in 2002, Rukungiri Women Integrated Development Foundation (RWIDF) is a non-governmental women’s organization based in the Rukungiri District of Uganda, with a mandate to enhance the skills, livelihoods, and well-being of women and youth, in order to mobilize communities, and increase awareness of water, sanitation, and hygienic standards, income promotion/credit scheme, reproductive health, food security, education, good governance, and human rights advocacy. The initiative was started by Hellen Kabajungu in the 1980s, as a way to empower local women in the Rukungiri after an increase in the number of widows left without husbands due to the AIDS crisis. RWIDF is very much a family business; Hellen and her husband, Steven, are both still very much involved in the foundation, but their sons, Anthony and Timothy, will take over all project-related components by 2022!

DONA is a non-governmental organization based in Kumasi, Ghana. The group started in 2000, and conducted environmental awareness programs regarding environmental issues in communities in the Ashanti Region – for example, regarding illegal mining activities, which left a majority of the surface water in the area polluted with mercury. DONA also offers capacity-building programmes for NGOs, community-based cooperatives, and a host of individuals, on business management and on the development of biodiversity conservation, and utilization of request bases. They have proven their ability to execute water and WASH projects, and have established their capacity to take on more project work each year.

YZ was founded in 2010 to encourage local fundraising and volunteering efforts for sustainable development. They work with an implementing organization, ProMazahua, to construct rainwater harvesting tanks for Indigenous Mazahua communities in Northern México, and Indigenous Tseltsal communities in Southern México. They have facilitated workshops in 32 states within México, and have collaborated with more than 900 organizations. YZ has published more than 15 Spanish texts, all of which can be downloaded on their website (including the Ryan and Jimmy book in Spanish)! While Ryan’s Well has only officially been partnered with YZ since 2018, Ryan’s Well has been supporting their efforts in promoting volunteerism and raising awareness of water issues in México since 2012!