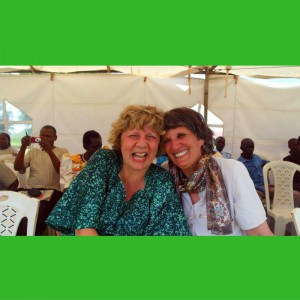 Below is a letter from “True Believer in Washington State”, the generous donor responsible for our 100% donation initiative. Thanks to this amazing contribution, 100% of all individual, one-time donations will go directly towards supporting our BUILD and EMPOWER programs; all administrative and fundraising costs have been covered! Read on to discover why True Believer has chosen to continuously and generously support Ryan’s Well.

When I first started donating to Ryan’s Well Foundation years and years ago, it was because I had seen the documentary, “Ryan’s Well”.  I was so touched by the little boy whose tender heart hurt when he learned of the suffering people endured because they didn’t have access to clean water.  It is truly unacceptable that so many people live without something that I had always taken for granted, almost as though it were somehow my birthright.  The depth of the gratitude that I’ve felt to young Ryan for his having opened my eyes and awakened my consciousness is insurmountable.

Part of that awakening led me to learn that there are a growing number of organizations working on clean water and sanitation issues.  Most have a budget exponentially larger than RWF’s and a reach that might potentially extend a fair amount further.  Knowing that, and like every philanthropist, wanting my contributions to have as much impact as possible, I’ve given quite a bit of thought to whether I should continue supporting RWF whom I’ve grown to love, or instead choose a bigger and more established organization.

That a six-year-old child, now a 25 year old caring young man, has stood his course, remained true to his vision, and is now even more dedicated to trying to improve the lives and health of others shows an incredible commitment to solving the world water crisis.

I really have wrestled with that question a number of times over the years.   I don’t want to be foolish about it, or, for that matter, be motivated by sentimentality over reason and good sense.  But each time I’ve garnered more facts and had more experiences to inform my decision-making, I have ultimately determined that Ryan’s Well Foundation is the water organization I want to help support.

That a six-year-old child, now a 25 year old caring young man, has stood his course, remained true to his vision, and is now even more dedicated to trying to improve the lives and health of others shows an incredible commitment to solving the world water crisis.  This consistent behaviour is truly a testament to RWF’s character.

I’ve had the good fortune of being able to see some of RWF’s projects and successes first-hand, while also having had the privilege of sitting in on meetings and evaluations between RWF staff and their local on the ground partners.  Those local partners were treated not only as equals, but in a number of cases, they were treated as superior in their experience and their knowledge of the specific needs and challenges in their communities.

Ryan, together with his family, his community, the Foundation’s staff and all its loyal supporters, have been able to help hundreds of thousands of people in Africa and Haiti.

It would be an understatement to say that those local partners, who were given ultimate control for overseeing, managing, and crucially sustaining their community’s projects, rose to the occasion.  I came home believing that because of RWF’s support and their continual commitment to strengthening partner relationships, many of these determined local people have grown into effective community leaders as a consequence. Just as these community leaders have become more determined and more effective, so, too, I believe will the communities they love.

Ryan, together with his family, his community, the Foundation’s staff and all its loyal supporters, have been able to help hundreds of thousands of people in Africa and Haiti. What I’ve learned during the six and a half decades of my life is that I too can do my small part and deeply, deeply hope that others will try to do theirs.