With your help, we’ve managed to provide 870 students and staff at two schools with clean water! The water from the two wells has been tested, and is safe to drink! 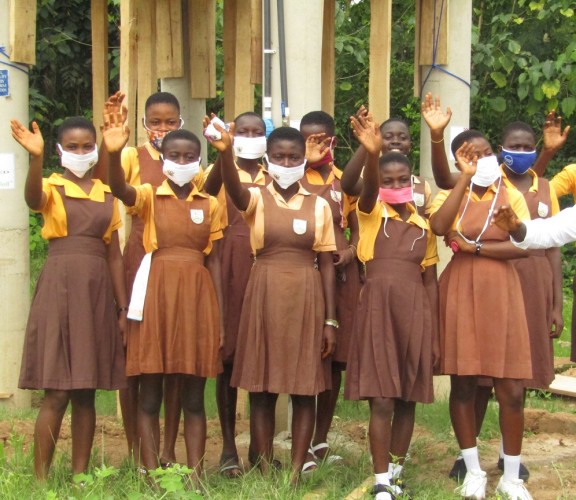 Thank you, from the students and teachers at Adansi Apagya District Assembly Basic and Junior High School!

Before constructing two wells at Atobiase Roman Catholic Primary and Junior High School, and Adansi Apagya District Assembly Basic and Junior High School, students, teachers, and staff at these two schools were collecting water from a contaminated (dirty) stream. Students were also missing class time to collect this water, meaning that they were falling behind in their school work, and not doing as well as they could (which could lead to fewer opportunities later in life). They had to collect water every day! Not only that, but students and teachers would often get sick from this water, leading to even MORE missed class time. 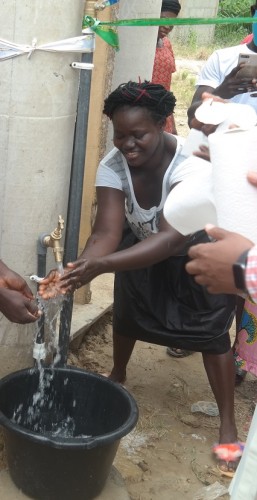 Now, however, thanks to your hard work and dedication, cases of disease in these schools have plummeted since the two new wells have been built! And, with the four new hand-washing stations, students are able to wash their hands more often (and with clean water), so they are even less likely to get sick. The two schools have also reported that students are missing fewer hours of class, which means that they will have a better chance of succeeding in school and in life. 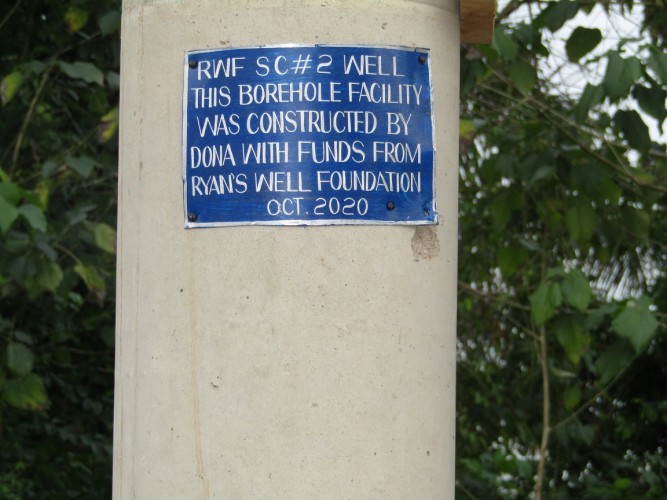 The plaque at one of the wells: “Ryan’s Well Foundation School Challenge #2 Well.”

Both schools formed School Health Committees, whose members make sure that the wells are cleaned, repaired, and taken care of properly, and that students are following the health and sanitation guidelines (like washing hands). They also teach the students how to use the well properly, so that it does not break. But, luckily, if the well does break, DONA has also trained pump mechanics, so that the staff of the school can repair the well themselves! 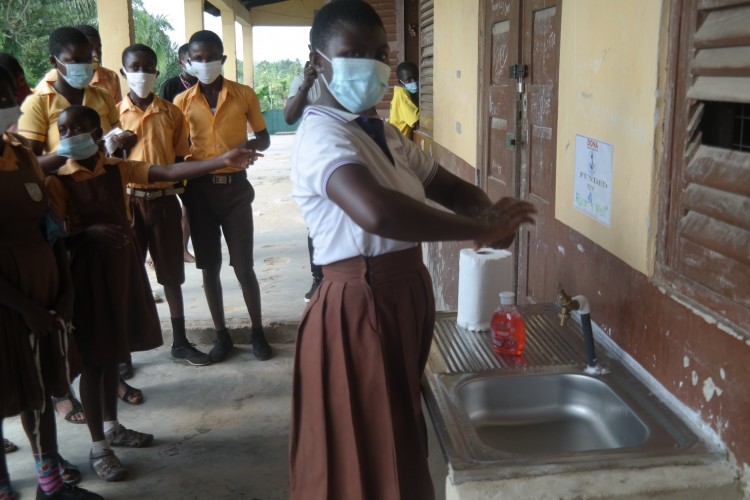 Our partner in Ghana, DONA, had a few issues along the way (heavy rainfall and bad roads meant that they couldn’t reach the constructions sites some days), but they pushed through, and managed to finish all of the projects! 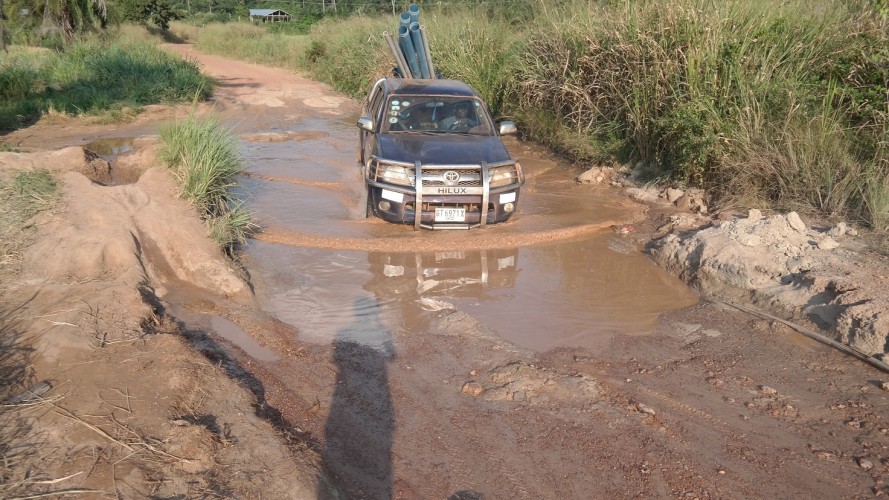 Heavy rainfall made it nearly impossible for DONA to get to the construction sites some days!

The Headmistress (principal) of Atobiase School, Rosemary Adams, said, “On behalf of the entire community and the whole school, we do appreciate all the hard work and diligent effort that you have put into place to bring us water.” She also wanted to thank all of the people who made this possible, saying that having clean water at the school seemed impossible a few years ago; but now, it is a reality! 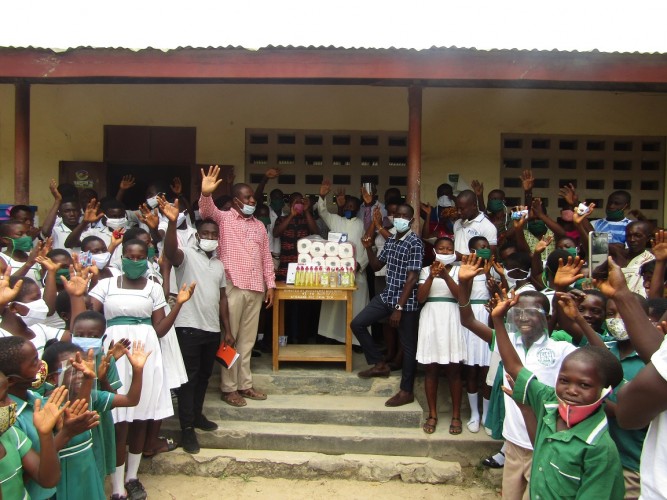 A big thank you from Atobiase Roman Catholic Primary and Junior High School!

Thank you so much, students and teachers, for all of your hard work and dedication this year. You provided clean water and sanitation to over 870 people, and changed their lives for the better (and forever). We can’t wait to see you again next year!

Thank you, for everything you do to make the world a better and fairer place!