How Much Do You Know About Kenya? 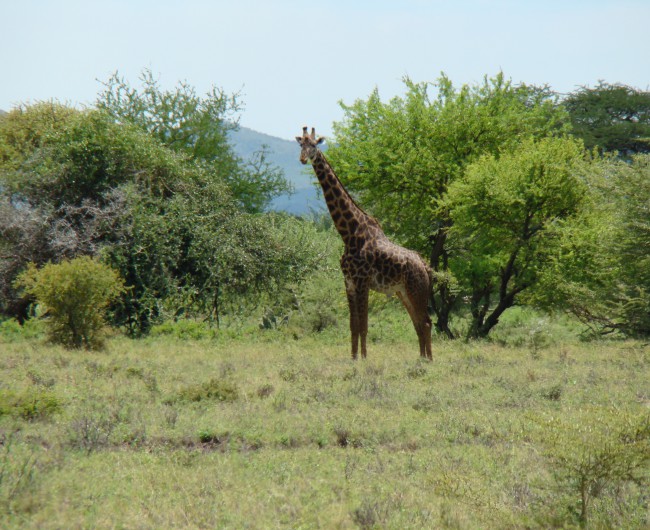 This year’s School Challenge is taking place in Kajiado, Kenya, and will provide clean water to over 2,000 people, with the help of our partner in Kenya: POWER (and of course, schools from all over the world who work hard to help us change lives!). To kick off this year’s School Challenge, we thought we’d tell you a little bit about Kenya that you may not have known before!

Kenya is in Eastern Africa and borders the Indian Ocean. It also shares borders with Uganda, South Sudan, Ethiopia, Somalia, and Tanzania. The capital of Kenya is Nairobi. Kenya is about five times the size of Ohio!

It really depends on where you are! Along the coast line, Kenya is very tropical, with lakes and rivers, but closer to the interior of Kenya, it is very dry, and receives little to no rain.

There are a few problems with the environment in Kenya. There is water pollution, deforestation, and poaching. Some natural hazards include drought in the dry season, and flooding during the rainy season.

What kinds of people live in Kenya?

As of June 2017, the population of Kenya was 46,790,758. Its population is very young, with more than 40% being 15 years old or younger! There are two official languages in Kenya: Swahili and English, but there are also many other Indigenous languages spoken. Various religions are also practiced in Kenya. While the majority practice Christianity (83%), many are Muslim (11.2%), and some are Traditionalists (1.7%), Other (1.6%), or do not practice at all (2.4%). Kenya shelters almost 400,000 Somali refugees.

How do you say “hello” in Kenya?

One way you can say “hello” in Kenya is “jambo”, which is Swahili for “hello”! In Kenya, it is also considered polite to shake hands both before and after a conversation with someone.

What are some local customs in Kenya?

Kenyans are known for being very warm and welcoming, and so visitors to a community may be greeted with a welcome dance and song from the local community. Visitors will also be very spoiled. They receive the best food and shelter that is available in the community. They definitely go the extra mile to make sure that their guest is comfortable.

Respecting your elders is an incredibly strong value in Kenyan culture, and so elders are always served their meal first, and often receive favours.

As mentioned earlier, a handshake before and after speaking is considered polite, but there are many other social cues to think about! Hissing, while considered rude in most cultures, is actually considered an acceptable way to get a stranger’s attention, or to flag a waiter at a restaurant. Pointing is rude, as is gesturing with an open palm. Another prominent custom in Kenya also involves the hands. The left hand should be used for anything unhygienic, and the right hand should be used for everything else, such as eating, touching and passing things to other people.

What are some of the dangers to people in Kenya?

The life expectancy in Kenya is much lower than in North America. This is for many reasons, but some of the main ones are HIV/AIDS, lower respiratory infections, Diarrhea (much of this caused by dirty drinking water), and malnutrition.

Well, actually, the organization of education in Kenya sounds a lot like North America’s! Children must go to primary school for 8 years, starting when they’re 6 years old. Then, they attend four years of secondary education, and, if they’re able to, they can attend two years of higher education. Primary and secondary school is free for all students, but they must pass a test in order to begin secondary education. The average number of years a child is in school in Kenya is 11 years, and 78% of people over 15 years old are able to read and write.

How do people make money in Kenya?

The main way that people in Kenya make money is through agriculture. About 75% of the population is involved at least part-time in agriculture. Some of the things they grow include tea, coffee, corn, wheat, sugarcane, fruit, vegetables, fresh flowers, dairy products, beef, fish, pork, poultry, and eggs. A lot of money is also made in tourism. However, 42.4% of the population of Kenya lives below the poverty line.

This depends on which area you’re in. In rural areas, a typical home would have two rooms, and would be made with wood siding and a sheet of iron for the roof. In poorer areas, there are huts made with grass. In fact, 35,400,000 people in Kenya live without electricity. That’s 80%! But, don’t think that all of Kenya is like this. If you go into wealthier areas of Kenya, a typical house may be a lot like yours, with two bedrooms, a kitchen, indoor plumbing, and living area. Some parts of Kenya even have skyscrapers!

What kind of food do people eat in Kenya?

Once again, it depends greatly on where you are. However, some popular dishes include pilau (rice with meat and vegetables cooked in stock and spices), biryani (mixed rice dish), chapatti (unleavened flatbread), and madafu (coconut water taken from unripe fruit). Depending on where you are, nyama choma (barbeque) on ugali (cornmeal) is also very popular. People in Kenya also eat a lot of potatoes and fish.

What kinds of animals live in Kenya?

All sorts! Like us, they have cows and chickens, but they also have lions, elephants, cheetahs, rhinoceroses, hippopotamuses, baboons, zebras, giraffes, and SO many others!

What kinds of sports do people play in Kenya?

Soccer is by far the most popular sport in Kenya, but basketball, volleyball and netball (which is played only by women) are also very popular.

Does the School Challenge sound appealing to you? Contact Megan at communications@ryanswell.ca for more information and to sign up.