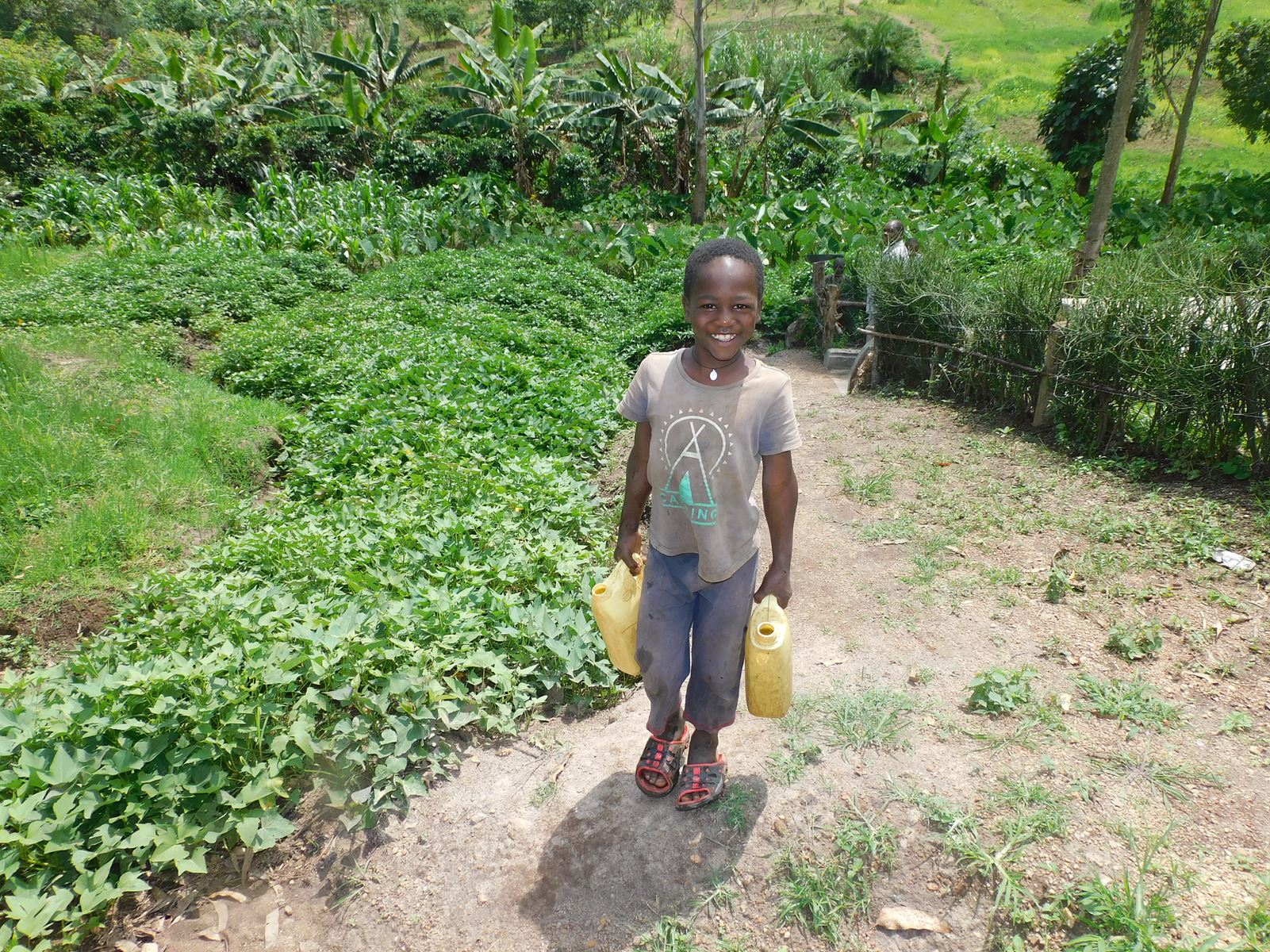 This project will see the construction of 27 protected springs, one Ventilated Improved Pit latrine and handwashing station, and two rainwater harvesting tanks, helping 30 communities (more than 6,000 people) receive access to clean water and sanitation by March 2023. The project will also provide extensive (and wide-reaching) WASH training, including hygiene education for all 30 communities; but these WASH lessons will reach even further with five radio broadcasts dedicated to providing this life-saving knowledge. And, as with all Ryan’s Well projects, Water Committees will be formed at each community, whose objective is to manage and maintain the well, and hand pump mechanics will be trained, to ensure that the source will always have someone available to repair it.

What do the Funds Support?

Why is this Project Important?

About the Rukungiri, Mitooma, and Ntungamo Districts

The Rukungiri, Mitooma-Bushenyi, and Ntungamo Districts are located in Western Uganda; these Districts are not very large, and are covered mostly in agricultural land, including hilltops and mountains. This terrain makes it very difficult to drill wells, and is why many of the communities in this area rely on surface water for drinking in domestic purposes. Consequently, communities in Western Uganda frequently experience the negative health impacts associated with drinking contaminated water, such as frequent flu, typhoid, and stomach illnesses. In order to improve this situation, people in this region must fetch water from an improved water source, such as a protected spring or a rainwater harvesting tank, which are types of infrastructure that work well in this area. This will allow the communities to practice good hygiene, including safe excreta disposal, hand washing, and home/kitchen cleanliness. For these reasons, Ryan’s Well Foundation has partnered with the Rukungiri Women Integrated Development Foundation (RWIDF) in Western Uganda since 2004, and will collaborate once again for this project.

Founded in 2002, Rukungiri Women Integrated Development Foundation (RWIDF) is a non-governmental women’s organization based in the Rukungiri District of Uganda, with a mandate to enhance the skills, livelihoods, and well-being of women and youth, in order to mobilize communities, and increase awareness of water, sanitation, and hygienic standards, income promotion/credit scheme, reproductive health, food security, education, good governance, and human rights advocacy. In the past 20 years, RWIDF and Ryan’s Well Foundation have constructed over 300 water tanks, 10 rainwater harvesting tanks, 2 deep wells, and 20 VIP latrines in the districts of Rukungiri, Mitooma, and Ntungamo.

Every effort is made to designate your funds as requested; however, if the specified project has become fully funded or unforeseen circumstances delay its start, we may allocate your donation to another important project.